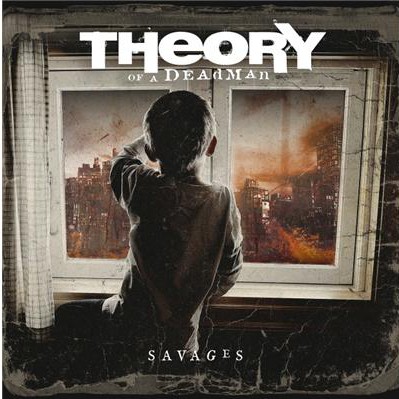 My apologies for the recent lack of posts. I suffered a personal loss, so I was a bit preoccupied. I’m still catching up with what I missed in that time, which is why this post is coming late in the week.

It’s actually a blessing because last week was puke for new releases.

This week, however, was kind of interesting.

Rating: You Could Topple Empires to This Music

I found out about Blue Stahli a couple weeks ago and I’m addicted. He’s apparently had his hand in several video game and movie trailers, blaring his electro-charged alt metal all over action sequences. He’s been around for almost a decade and has a nice mix of instrumental albums (Antisleep trilogy) and vocal accompaniment (Blue Stahli, The Devil). I like the tracks with vocals.

The Devil is actually a series of albums consisting of only a handful of songs, this being the second of the series. Not sure if anyone knows how many chapters there are supposed to be, but we’ll roll with it. So with there being essentially two substantial tracks (accompanied by an intro, outro and a slew of remixes), this “review” is more of a introduction for myself and those who haven’t heard of him. Start with “ULTRAnumb.”

Blue Stahli has a bizarre mind and, for the most part, writes and produces all of his music. That comes through as you find your face melting off through a buzzing riff. And before you go off and dismiss him for being too aggressive or scary, check out how chill this guy is:

Harmless. But the music is capable of delivering some havoc. It’s great in your headphones or on stereo, but if you stumble into a club with that music blaring, get out.

Fifteen. He was born in 1998. The number one single at that time was “I’ll Never Break Your Heart” by the Backstreet Boys.

If you’re an adult, you run into two potential issues when listening to artists with a sliver of life experience. They either have no way of reaching you lyrically with their limited viewpoints or someone else is writing their music for them.

These types of tween boppers pop up all the time but that “Life of the Party” that opens the album is something else. To keep the purity, I’m going to not research that song and hope that he penned that gem himself. It’s a typical great-by-default piano ballad and that is the only song worth your time. “We don’t have time to be sorry/So baby be the life of the party.” It’s like he’s speaking to me.

If you go past that song, be careful not to get stuck in all that bubblegum. I’ve never seen an EP unravel faster after the first track. Also, he uses the word “ass” in “One of Those Nights” and talks about filling glasses. It kind of ruins the purity.

Overall, this is not for me. I’m 10 years older than him, a male and I have much deeper emotions than a cat and mouse love game can reach. Granted, his 16th birthday is next week. Here’s to hoping he grows, but knowing that he’ll tumble down the same path as all these other prepubescent crooners.

Theory of a Deadman – Savages

In 2008’s Scars and Souvenirs, by golly, I thought this band had ascended to post-butt rock, which is not as bad a title as it sounds. They could sing about hating life and voracious girlfriends all they like because they could actually bring the thunder when it counted. Go to the 3:00 mark in “By the Way” and you will hear greatness.

Then they ran right down rock music’s backside with The Truth Is… in 2011. “Bitch Came Back” is so, so bad. Luckily for Theory of a Deadman, the bar was now set prehistorically low. “Drown” is solid way to start the Savages, safe and somewhat dark. Then we’re back to the booty with “Blow:”

“Taking naked pictures while she’s living in her parent’s home,
Post them up on Twitter/Make you reconsider
Every time you go online to find a babysitter.”

I can’t even get into the part when he starts talking about Kanye West. It hurts too much. This kind of nonsense has no place in rock music. The sad thing is, I get what he’s saying. Yeah, there are a lot of things that make me want to “blow my f*cking head off,” like everything he mentions in that song. But so does hearing rock music that references the pond scum of pop culture.

Rock cannot afford to go down the same path as mainstream rap and Hot Chelle Rae – discussing social trends to an audience that is just too lazy to care. It needs to have a stronger purpose like, I don’t know, Rise Against. I wish I could salvage one song worth listening to, but I blacked out after “Blow.”

Actually, yeah, that one. I highly recommend listening to it. It’s covered in brown spackle and it smells, but it’s the most real thing I’ve heard all day.

Just when I thought Maroon 5 had fallen into the quicksand of saturated pop, they come out with “It Was Always You.”