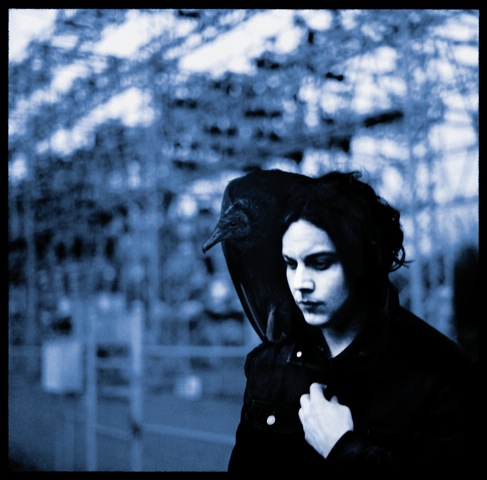 “Oh, I’m only dangerous at the whim of my command.
I’ve been searching for an angle
For a cause I can defend.”

A co-worker overheard me listening to the WZRD album and said she fancied it because it had some Black Sabbath-type sounds in it. Now, that’s not entirely false, but so far from what it actually is.

So I tried to describe who Kid Cudi was and his new venture into rock music. I didn’t know where to start: He’s a rapper, but not in the conventional sense; this is a rock album but it’s sort of laid back; it’s not actually as depressing as it sounds.

I finally gave up. I didn’t have the musical vocabulary to accurately portray the array of sounds coming out of the speakers. Welcome to 2012.

As I listened to more new-wave music, I found this to be the case. I can’t describe many of the albums in recent years, simply because they are pieces of art that defy description. Many albums, particularly the ones below, deserve so much more interpretation that I, or anyone else, cannot give. It’s like interpreting the Mona Lisa as an assortment of brown and flesh-colored paints, which is a disgrace to the art. We have Spotify now, so I urge you to experience some of these for yourself.

I keep looking for top album lists that have obscure bands as well as mainstream artists. I only find lists trying to be too trendy or too fan-friendly. I have done a lot of listening by myself and am highlighting the music I think is most deserving of recognition. I don’t care about the name on the label.

I care about music and all that it stands for.

Upon receiving this album, I immediately scanned the “Thank You” section for one particular name. It was the very last mention and the very reason Love is a Four Letter Word is on this list:

The process of writing this album essentially drove Mraz and his fiancé (Tristan Prettyman) apart. Even the harbinger of happiness feels pain, and that’s what makes this album so real. There is no sign of redemption, and it leaves a surprising gloom over this diverse collection of songs. Sure, there is an abundance of self-affirming heart lifters (“Everything is Sound,” “Living in the Moment,” “The Woman I Love”). But the whole album hinges on the intermingling of emotions tackled in “I Won’t Give Up” and “In Your Hands.”

Those two tracks are, first off, incredible romantic ballads that demolish anything out there right now that calls itself a “love song.” But the level of commitment he has to his lost love is a tragic blend of hopefulness and despair that few people are strong enough to feel. In the beginning of this powerful clip, Mraz explains that by the end of the process, he decided to choose love over anything. If she were a friend, a romantic partner or nothing at all, it wouldn’t stop how he felt. Though there are quality songs on this record, it is far from Mraz’s best.

9. Alex Clare – The Lateness of the Hour

This might be the best thing Internet Explorer has done for us.

I clicked on this album on accident instead of my intended target and, with divine intervention no doubt behind this, finally found the source of that sick jam. Clare has the luxury of being new to the music scene, because his voice and musical style is somewhat refreshing.

Imagine James Morrison with a groovier voice behind the 2012 staple synth-pop backdrop. At times (“Too Close,” “Hands are Clever,” “Treading Water”), you want to dance. Then the ballads start (“I Love You,” “Tight Rope,” “I Won’t Let You Down”) and, darn it, he’s great at those too.

There were parts of the album that are a little difficult to digest because of its random assortment of sounds. I found myself wanting to fast forward through certain intros and instrumentals just because it didn’t sit well. Overall, though, the handful of good tracks make it worth a listen.

Here is our first example of an album that I just gave up on trying to describe. So let’s break it down.

Fun fact: Before the duo in Chairlift created the band, they recorded background music for haunted houses. Take that as a foundation, and make it less scary and more 80s. Add singer Caroline Polachek’s glossy vocals with some poppy beats, and that is Something in a nutshell.

After the ear-warp in “Sidewalk Safari” to open the album, it gets a little more subdued, but not normal. The album is pleasantly wild, loosely similar to the more popular Gotye. Once again, I can’t do this album justice. Just give it a whirl for yourself.

Rap and hip-hop are once again off to a sluggish start with an assortment of forgettable records. There are a couple of albums worthy of being considered for this list (B.o.B., Krizz Kaliko, maybe Rick Ross). Everything else can’t get out of the drugs, sex and alcohol premise. And most of it sounds the same.

The album title comes from the death of El-P’s good friend, Camu Tao, who died in 2008 from lung cancer. With that, the underground Brooklyn rapper found touch with his heart and unleashed in Cancer 4 Cure. The beats are sicker than anyone’s right now and the dystopian lyrics are fresher than most of the outmoded tracks out there.

Here’s album No. 2 of inexplicability. Play the record while wearing some good headphones and just enjoy the ride.

Bloom is like an ethereal Willy Wonka elevator trip into the atmosphere and beyond. This unblemished record doesn’t try to push past any boundaries, but being inside its airy synthesized territory is hypnotic enough to stay.

For better or worse, no song really sticks out. Each track is a gem and requires only you to relax for the journey.

Does anyone know what exactly is wrong with this woman? I refuse to put the ridiculously long album title in this post for space reasons, and only Fiona Apple could make me waste space anyway by typing this sentence.

Apparently, the writing of this album began in 2008 and not another soul knew about it. Many years and mood swings later, this record was born. Musically, it’s fundamentally sound. But the vocals are something special.

You can be listening to a seemingly normal track when she goes off the rails, but that is Apple’s style. It gets pretty real. “Left Alone” is brilliant in this regard. We whip through her insanity with no sense of direction. It’s pretty much the album overall.

Fiona Apple has been away for a while, and though she still has some issues, it’s good to have her back.

Jack White is good at music.

Everything he has done to this point (The White Stripes, The Raconteurs, The Dead Weather and more) is finally incorporated into White’s first solo album, so there aren’t many surprises. The difference is that it’s his voice, his composition and his expression.

Jack White is a very mysterious character, working behind the veil of different bands to keep himself distant. But after a divorce in 2011, it seems that could have been a launching pad for solo work.

The first few listens sound normal, but getting ingrained into each song paints a shadier picture. Pull up the lyrics and read them without the music. You’ll see.

Every year, for the sake of these reviews, I force myself to listen to an album I that want nothing to do with. Let it be known that I have never been a fan of Norah Jones unless you count last year’s Danger Mouse and Daniele Luppi production.

But, in another yearly occurrence, I end up loving one of these albums. All the ingredients – Norah Jones’ writing, another solid Danger Mouse production and my ever-broadening music preferences – came together at the right time.

I never knew Jones could be so… dark. The touch of Danger Mouse makes it all the more graciously wicked. Two tracks especially blew me away, as in chills. “After the Fall” is a dreamy love song about a doomed relationship brimming with greed and regret.

Then (and this is a must) listen to “Miriam.” It’s like Dolly Parton’s “Jolene” Pt. 2; it’s creepy and goes a bit further. The sweet little narrative ends with a dark little twist.

Overall, this is a great chill album. It’s not too shady that you can’t listen to it at any time because Little Broken Hearts can border on sarcastic.

In one review of an album I don’t remember, a writer said that the band sounded like it was from the Neon 80s. I heard Electric Guest and the same label applied.

More fun facts: The lead singer is Asa Taccone, brother of the Lonely Island’s Jorma Taccone. And this is one of two albums on this list with Danger Mouse’s fingerprint on it (see above).

If you can get past the psyche-splitting introduction to “Holes,” Mondo is a myriad of catchy jingles that permeate the collective classification of “mainstream.” Several tracks have aforementioned Neon 80s feel with a modernism that makes the album relevant.

“This Head I Hold” would be on a “We Are Young” level could we casually decipher the lyrics. Regardless, that’s as addictive a tune as anything else this year. Going down the tracklist is a nice buffet of peppy songs with a softer side coming up in “Amber” and the nine-minute sensation “Troubleman.”

Mondo didn’t fit the mold of an ageless classic, but it fit into a 2012 laced with freshness. Dance away.

In an age of vast soundscapes and indiscernible originality, John Mayer held steady in 2012 with his newly defined guitar licks and heartfelt musicianship.

Now, there are a handful of people who insist on living in the past, and they still consider Mayer a tool-bag. First, get over yourselves and second, listen to this record. Like Neil Young, Stevie Ray Vaughan and Bob Dylan, this is an exemplary All-American album. We haven’t had one of these in years.

The man takes a cowboyish, countrified approach to reconciling the past few years and helps us come of age with him. Many tracks (“Shadow Days,” “Born and Raised,” “Speak for Me”) discuss coming to terms with ones past follies and shows a redeeming quality from Mayer. One day, the only thing to do is let go and move on, as should we all.

Bet on this album appearing somewhere on the year-end list with a little more analysis. If you aren’t sold now, you will be.

Many consider Continuum to be John Mayer’s masterpiece (myself included) but this one just might be in the discussion. The problem is that the two albums are incomparable, so let’s chalk it up to two masterpieces.