These are the best albums I’ve heard this year. No big introduction necessary.

9. Radiohead – The King of Limbs
Track of Choice: “Lotus Flower”, only because the music video is brilliant.
Not among the greatest albums Radiohead has released, but it’s still solid and they have merit.

8. The Strokes – Angles
Track of Choice: “Taken for a Fool”
Retro-skitchy stuff is always fun. It’s like organized chaos with unadulterated vitality. 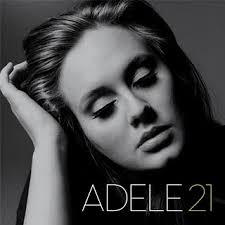 7. Adele – 21
Track of Choice: “Set Fire to the Rain”
The girl is a diva, perhaps the best female vocalist of this generation. Plus, the album was produced by Rick Rubin and Ryan Tedder, two men who haven’t had their hands on anything considered garbage. “Set Fire to the Rain” defies logic with how good it is. A love-song goldmine.

6. Sum 41 – Screaming Bloody Murder
Track of Choice: “Reason to Believe”
The punk-rockers who spent a decade resisting authority are now in their 30s and their music has matured with them. But they somehow made an album that sticks to their rebellious roots despite the more developed and serious tone. Sum 41 isn’t usually considered one of today’s best rock groups, but this album shows a blend of music only a band of this background can fabricate. These guys have really improved.

5. Lupe Fiasco – Lasers
Track of Choice: “Break the Chain”
Lupe explores the world in several lenses about human understanding, racism, fame and any other issue that comes up in life or the media. He wasn’t happy with the lack of authenticity with the album, but there is much to be admired in the lyricism and the purpose. The theme of Lasers is in the acronym Lupe coined when coming up with the title of the record: “Love Always Shines Everytime, Remember 2 Smile.”

4. Rise Against – Endgame
Track of Choice: “Survivor Guilt”
It’s time to give credit to where it is due. Rise Against has made some potent anti-war and political music over the years and “Endgame” is the culmination of the faults of mankind. “Make It Stop (September’s Children)” is one of the few songs you will hear about LGBT teen suicides. Then “Survivor Guilt” questions what the true cost of war is and, by quoting the film Catch-22, when will the American empire inevitably fall? The stuff really makes you think about humanity. Many political bands lash out at authority, claiming they are causing the problems. Endgame doesn’t attack anyone. It just shows the tragic results. 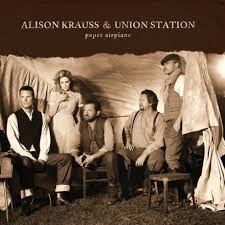 3. Alison Krauss and Union Station – Paper Airplane
Track of Choice: “My Love Follows You Where You Go”
Paper Airplane might as well be a compilation of delicate masterpieces. For an album that sounds so crisp and well-produced, the performances sound completely organic. Krauss and Union Station take turns leading the vocals for each track, making for an elegant male/ female perspective. Most albums are lucky to have one song that strikes your heart with such fragility. Paper Airplane does it with every track. This is country music at its absolute finest.

1. Danger Mouse and Daniele Luppi – Rome
Track of Choice: “The Rose With the Broken Neck”
Five years and several spaghetti western influences later, Rome was built. Italian composer Daniele Luppi and American producer Danger Mouse orchestrated a vintage-style record that drew upon movies such as The Good, the Bad and the Ugly. It’s odd, but that’s the easiest way to describe the record: Italian cowboy orchestra. Familiar faces in Jack White and Norah Jones push the album over the top on their respective tracks, each one singing three. The whole album is 35 minutes, which makes burning through it easy. The problem is that it beckons a repeat cycle.

One thought on “Best Albums of 2011: Mid-Year Edition”