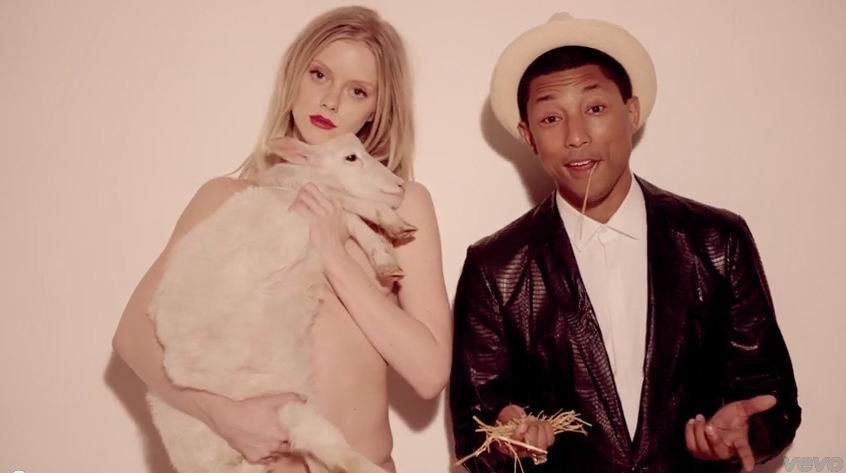 The seamless triangulation of the logos for Linkin Park, 30 Seconds to Mars and A.F.I. was very well done: 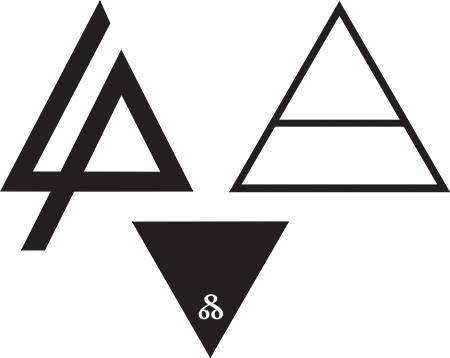 If you haven’t heard, they announced Tuesday that those three bands will go on one of the most ballistic tours of all time, the Carnivores Tour. I don’t know how audiences will handle so much energy. Needless to say, I want to be there.

Now for the releases:

After all the build-up from staking partial claim in each of 2013’s two hottest tracks (lamb feeding duties in the “Blurred Lines” video, giving soul to the otherwise robotic “Get Lucky”) and in the feel good song of the year (“Happy”). And who could forget the $44,100 Arby’s hat? The size of the hat was a reflection of his relevance. This was Pharrell’s time.

It might seem crazy what I’m about to say, but that time is almost up.

If you take “Happy” out of the equation, G I R L has maybe two tracks out of nine that approach the kind of force that propelled Pharrell’s 2013 success. That’s not a good ratio for such a concise album. And because of this, it’s kind of a letdown.

When you expect great things and only get decent results, it’s hard to immediately appreciate it. This album came out at the perfect time to hop on Pharrell’s buzzwagon, but it might not be properly assessed until his time has passed.

As far as rap goes, Rick Ross has morphed his way into the “can’t go wrong with” category. His sound seems to have softened since his Rise to Power days. That’s not a bad thing.

This new album doesn’t doesn’t break any new ground, but there isn’t a bad track. The beats are straight and to the point. And, as always, you’ll get an ensemble cast of cameos from the likes of Jay-Z, Kanye West, The Weeknd and more.

There was going to be a third album here, but this new song by Lykke Li is stunning. Embrace the melancholy.

Daft Punk and Pharrell should just make an entire album together. They have knocked 3/3 out of the park so far.